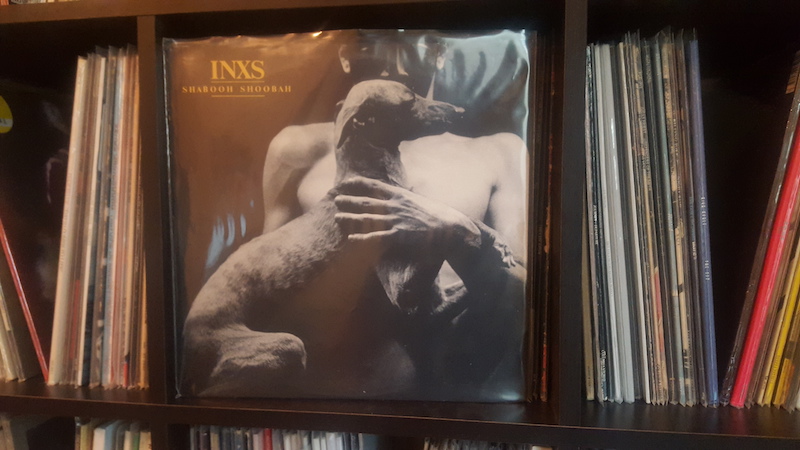 Because we place importance on rounded, even numbers, I can’t help but feel like this entry should be a significant album. And that’s not to say that I don’t like this album, or have little to say about it, but it’s not one that has a historical significance to my own biography. For instance: I could have juked the stats and made this Bruce Springsteen’s Born in the USA. (It’s coming up in a few entries, so not entirely inaccurate, but hey, the order is the order. I don’t want to lie to my readers.)

And so it is that we reach this milestone with INXS. And not just INXS, but my favorite INXS album. I’m not saying it’s the best or their artistic peak, but it’s the one that has my favorite songs of theirs. And they’re good songs. They’re really good songs. “The One Thing,” obviously, is a great new wave hit. But the song of INXS’s that is, was and will always be my favorite is “Don’t Change.” It’s a great post-punk song, but it’s also a great pop song—the best of both worlds. And that was all I needed to pay the $5 to buy this used at M Theory.

But INXS is an odd group. Obviously their legacy is steeped in tragedy, and eventually got weird in their attempt to keep it keep it going after the death of Michael Hutchence (in the heyday of reality TV, which makes it even weirder). But they were a band that got as huge as other big ’80s bands like U2 and R.E.M., though never quite achieved the same level of critical acclaim.

There’s maybe a good reason for that: INXS was a great band that sometimes had bad instincts. This album is not an example of that: It’s pretty strong throughout. Sure, it has peaks and valleys, but it’s before some of the bad ’80s production that ruined some of their other recordings. Not long after I picked this up, my wife bought a car that came with a Sirius XM subscription, and we listen to the First Wave channel pretty regularly. They play a lot of INXS, which is a reminder of their greatest moments, like “Need You Tonight,” or their less great moments, such as “Listen Like Thieves,” which to me sounds like a band wrote a great chorus and didn’t know what to do with the rest of the song (that noodly, pointless ’80s funk jam sound that everyone did).

A couple months ago, our friends in the band Algiers played a show in San Diego and we spent a long time talking about the soundtrack to Lost Boys, which led to the revelation that INXS actually had some really bad songs, which reinforces my point. It’s maybe not entirely their fault, just that they were a casualty of the ’80s. Like so many other bands. (If it can happen to Bowie, it can happy to you.)